Sunday, April 27, 2014 at the Miraleste Hills Fountain
witnessed the unveiling of the recognition plaque for Ruberta and Art,
next to the beautiful upgraded fountain surrounded by colorful flower plantings,
followed by award of personal copies, to both, from the city of Rancho Palos Verdes. 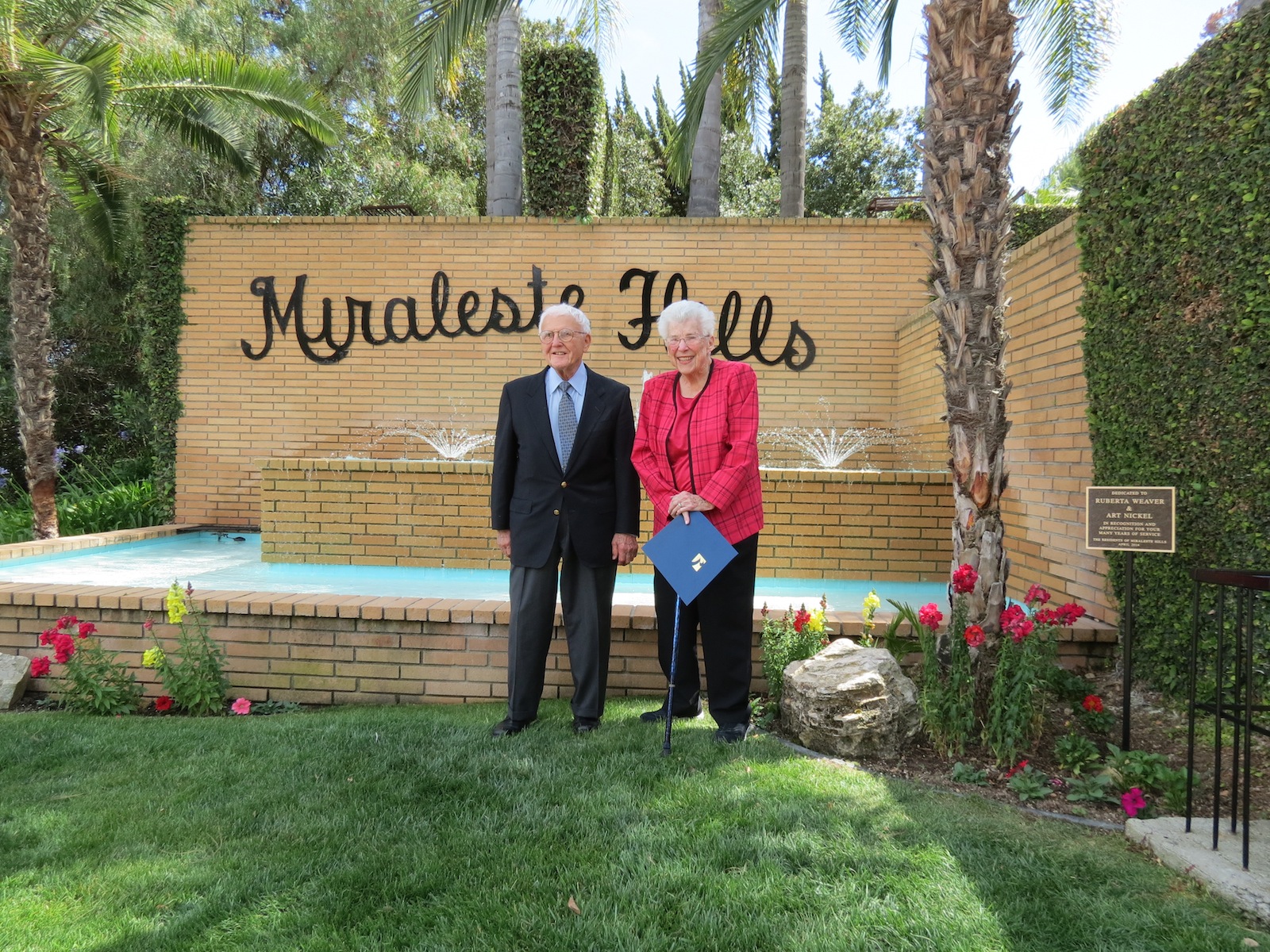 click image for more photos; "back" to return here
A light hosted reception was enjoyed at Acapulco Restaurant in Ports of Call,
attended by approximately 20 persons.
... Anthony Todora
* * * * * *
* * * * * *
Foundation of the Miraleste Hills Community Association


In 1956 there were a few houses on our hill, and they were all bought from PV Properties who managed the Codes Covenants and Restrictions (CC and R's).
In 1967, an aggressive group founded the Miraleste Hills Homeowners Association and took over management of the CC and R's. Their focal point was the maintenance of the fountain and entryway landscaping with contributions from residents.
By 1990, because several developers sold property on the hill, there were 12 different sets of CC and R's, … impossible to manage. In addition, the Board of Directors found they were personally liable retroactive 10 years for disputes about the CC and R's.
On July 17, 1990 an ad hoc committee was formed from the Board of Directors consisting of Steve Nemeth, Jane Manes, George Schmiedeke, and Elaine Van Amburgh, who took over from Joe Manfiletto as President. James A. Hayes was employed as Legal Counsel and in October 1990 the Miraleste Hills Homeowners Association was dissolved, forming instead a Community Association, a volunteer group with no CC and R responsibility.


From: Ruberta Weaver (in a December 2012 email to the neighborhood ...)
Subject: To the Neighborhood
A look through the files the other day turned up an interesting story about early days in Miraleste Hills. We were obviously a well-organized group in those days. I see I was Editor in 1985. I find it fascinating how Democratic Principles worked to our advantage in removing us from the responsibilities of the Miraleste Parkway. 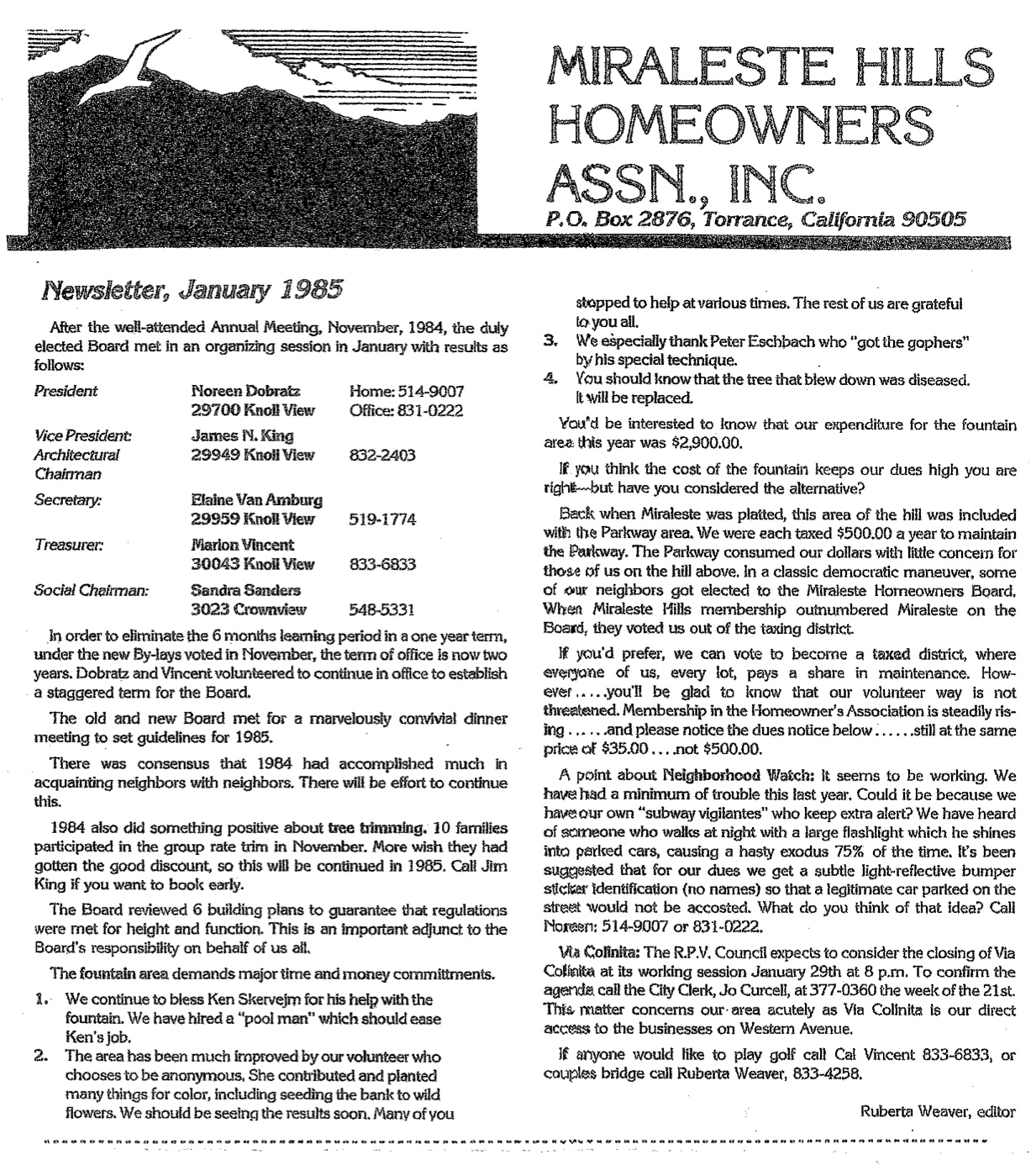